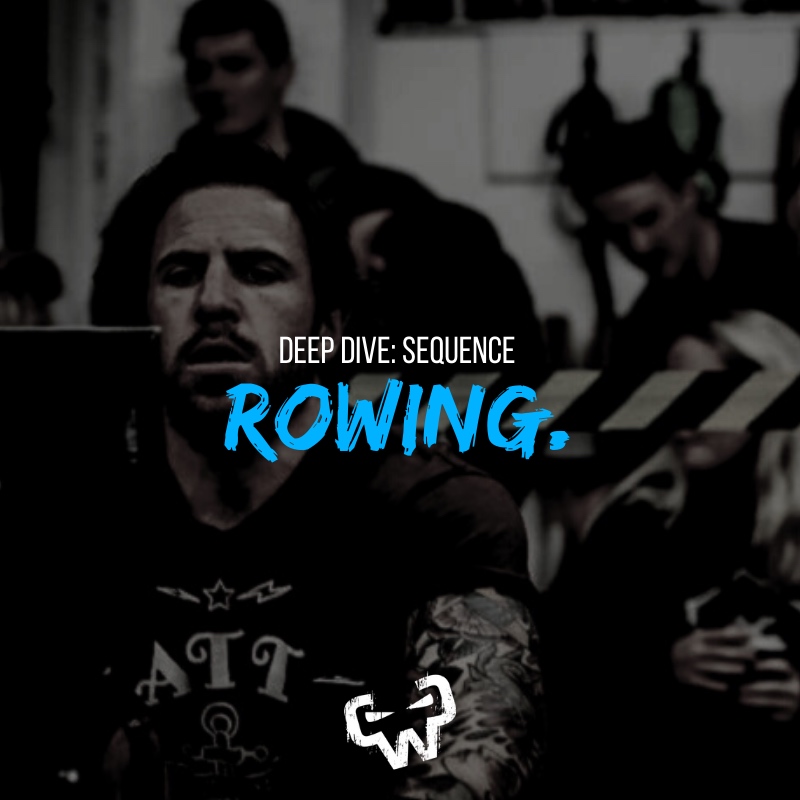 Rowing Sequence – How to not end up on a gym fail video!

We’ve all seen them (surely I’m not the only one to click those links)…a viral video on your favourite social media outlet mocking poor form in the gym. And inevitably there will be someone on an indoor rowing machine doing something that doesn’t look much like rowing.

Have no fear, if you are training at CCW we wouldn’t let that happen to you. In fact, most members are not just familiar with rowing technique but quite proficient at it. Even so, as the rounds climb higher and focus becomes just a little too much effort there are a couple of common faults that steal away precious seconds and energy. Today we’ll look at one of those, the stroke sequence.

Having the proper sequence for your stoke will allow you to get as much power as possible by putting your body in strong positions and using large muscle groups. Just like other compound movements, we want the power to come from the hips, transfer through a stable core, and lastly travel through the arms to affect change (in this case move the oar/handle).

This video ( https://www.britishrowing.org/indoor-rowing/go-row-indoor/how-to-indoor-row/british-rowing-technique/ ) discusses how to get set into a good position, as well as the sequence for the drive and recovery portion of the stroke. Note: He suggests a damper setting of 4 or lower. We’ve seen in earlier Deep Dives that the damper setting may need to be higher than that to get the correct drag factor. The video outlines the sequence of ‘legs-body-arms’, which you might hear at CCW as ‘legs-hips-arms’. As fatigue sets in, often times we might see a different sequence start to show.

One variation that creeps in with fatigue is on the recovery. Especially when trying to move quickly, many athletes will start leaning in and bending their legs before their arms are straight. The tell-tale sign this is happening will be little wave or wobble through the chain, sometimes even causing it to slap against the guides by the flywheel. If the arms aren’t straightened first, then they will have to raise up and over the knees at some point which is inefficient and likely to impact the technique of the next stroke.

A second common sequence fault is ‘bum-hips-arms’, where an athlete will pretty much straighten their legs, sending their bum back, but their upper body and the handle remains where they are. The athlete is then in a pike position, or forward fold, and their back will need to generate all the force for the pull. Usually this doesn’t happen to the extreme, but there will be a noticeable difference between when and how far the hips are moving versus when and how far the handle is moving.
The best way to avoid these classic energy drains is to drill the sequence as much as possible so it becomes ingrained.

If you find you struggle on the recovery portion of the stroke, try the Pick Drill ( https://www.youtube.com/watch?v=yEksHPDf8GY ) for a few rounds before each rowing session.

If you struggle with the drive, try the Reverse Pick Drill out ( https://www.youtube.com/watch?v=PpCDHA6WU-g )

Rowing isn’t just a substitute for running when the weather is yuck…it is it’s own Olympic sport and has a huge skill component to it. Give it the time and attention it needs and you might soon find rowing is your favourite part of any workout!