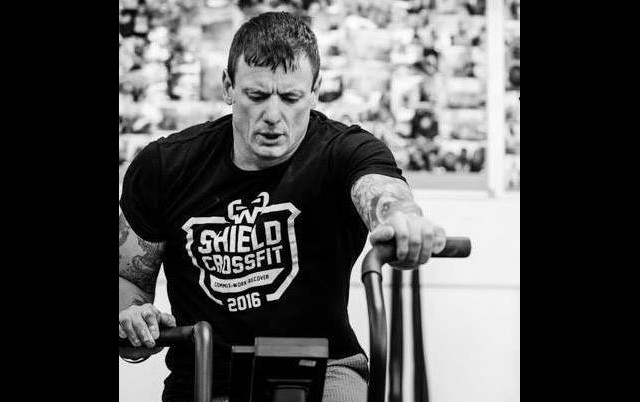 A few months ago I was lucky enough to be involved with Shield – a free five week CrossFit programme run by CCW in association with The New Zealand Society on Alcohol & Drug Dependence (NSAD) for people in the community recovering from addictions. Now Brian and the team are at it again, this time raising money through The Winter Throwdown for Mana House, a recovery accommodation service I started with the NSAD last year.

As we all know, a lack of housing options for vulnerable people in New Zealand has become the pertinent social issue of the day, you only need walk down Lambton Quay to see how many people are being let down by the system. There are more people with addiction issues needing accommodation than Mana House can provide for, and even with the opening of a second house our waiting list is greater than the places we can offer. Currently many complete rehabilitation programmes only to be exited to the night shelter or a variety of transient accommodation around Wellington City. These people need a safe and comfortable environment to call home, and CCW’s willingness to do something to help makes me a proud member of this box.

It wasn’t long after joining CCW that I became aware of the box’s commitment to community projects through their 24 Hour fundraiser for the Wellington Night Shelter. I was really impressed by the enthusiasm CCW members displayed in raising money for the box’s disadvantaged neighbours and witnessing this community spirit helped me decide to raise the idea of Shield with Brian. Up until then I guess I’d viewed gyms as rather soulless places full of self obsessed folk engaging in grunt laden displays of overt narcissism in front of floor to ceiling mirrors, rather than socially conscious communities.

Pitching Shield really presented me with a dilemma because I had to decide what to reveal about my motivations behind the idea of an exercise programme for addiction affected people. Was I going to pitch Shield as an idea purely driven by a budding CrossFit enthusiast with an advisory role at the NSAD?

While I certainly fit the above description there were in fact much more personal reasons that prompted me to pitch the idea of Shield to Brian and these reasons make me uniquely qualified to discuss the benefits of a programme like Shield. I’m talking about my own firsthand experience of what it takes to claw your way back into the land of the living from the wastelands of addiction and the importance of exercise in maintaining a daily commitment to self efficacy and recovery.

That I decided to talk to Brian as a recovering addict rather than hiding behind my role at the NSAD speaks volumes about how I feel about the CCW community. Normally I’m a ‘first rule of fight club is you don’t talk about fight club’ kind of a guy, and I definitely don’t want you to know anything about me. Now I’m writing a bloody Blog!

So how can exercise help addicts? I had planned to throw a whole lot of scientific studies and statistics at you (of which there are many) but blogs are meant to be personal so I’ve decided instead to share my own story.

When I first got clean I was in pretty bad shape. I was on the sickness benefit, clinically obese, and a borderline type 2 diabetic. In those early days of getting off the alcohol and drugs I couldn’t stay still for more than five seconds without wanting to climb the walls. I found that getting out of the house for a walk helped me feel better so I went and purchased a pair of fancy walking shoes and started walking everywhere. I walked and I walked, then I walked some more. And then, I walked a bit further still. Keeping moving literally kept me sane.

Three months later, the shoes that were meant to last a lifetime (according to the sales person) had to go in the bin but that was ok because by then, I’d found squash. And just like walking, I found stomping around the squash court after that little black ball made me feel better about life. As I got more and more into squash, the weight started to drop off too – 30kgs in fact. I started playing in social leagues and then in club competitions, and my skill set and fitness steadily improved. However, after a couple of years, my game plateaued. I was at a healthy weight and cardio fit but I had no real muscle tone. I knew that if I wanted to improve my game further I was going to have to introduce some form of weight training regime. Craig Fyffe was working as a PT at my squash club and I approached him about doing some PT sessions. He told me we could look at that but why didn’t I first commit to doing the CrossFit classes he ran three times a week and see what kind of difference it made to my game.

So here began my first introduction to CrossFit. I was so weak! I couldn’t do more than ten press-ups in one go, I used 12kg kettlebells for my swings, and wall balls were a struggle with a 5kg ball. In those early days of doing classes I’d get a couple of minutes into a WOD and start freaking out. COMING TO THIS CLASS WAS A REALLY BAD IDEA! my mind would be screaming at me and I’d be convinced there was no way I was going to make it to the finish. I learnt very early on that what my head tells me I can do versus what my body can actually do are two very different things. CrossFit for me involves casting aside alarmist thinking, digging really deep mentally, and believing in myself enough to exceed my perceived physical limitations. CrossFit by its very nature never really gets easier though does it?! As the weight increases and the scaling options decrease, stricter technique and greater flexibility are required, and the mental fortitude the WODs demand from me never abates. This mental toughness can be applied in any area of life and this is why I believe it CrossFit is of particular benefit to people in recovery from addiction.

[blockquote style=”simple”]CrossFit for me involves casting aside alarmist thinking, digging really deep mentally, and believing in myself enough to exceed my perceived physical limitations.[/blockquote]

Recovery means challenging and changing longstanding entrenched daily behaviours. It means learning the value and rewards of hard work and commitment rather than seeking quick fixes and immediate gratification. It means challenging the negative scripts inside the head and embracing change rather than fearing it. But none of this internal change can take place in isolation which brings me to my second thing I’ve learnt about CrossFit.

CrossFit is all about the people. When a group of people do something physically intense and difficult together and everyone gives it their all, a bond of mutual respect is formed and this connection is based on the effort expended as much as it is the result.

One of my favourite moments since becoming a member at CCW happened a couple of months back on a Saturday morning with a bit of a regional taster WOD put together by Tim and Jess. I was the last person going and I was racing the clock to complete my final set of thrusters and a single legless rope climb. I had five seconds left to reach the top of the rope, and as I started my climb I was buoyed by the cheers of encouragement I could hear in the background from those already finished. Now if this was a Hollywood script I would’ve made the top and descended in the final second but this isn’t Hollywood, its CrossFit, and my arms gave out one foot from the top. I simply didn’t have anything left in the tank. Yet everyone came over and high fived me out of respect for the effort. It was humbling and left me feeling really good because I knew I’d tried my absolute best and received acknowledgement for doing so.

Recovery is all about connection to people too. People from all walks of life find themselves thrown together for a singular and demanding purpose – staying clean. This is by no means an easy goal. I’ve been around recovery circles for a while now and the thing that keeps people going more than anything else is the people you get to share the recovery journey with. Recovery people are in each other’s corner, those that stick together make it, it’s that simple. Having a crew that understand the bizarre combination of surrender and strength required to remain abstinent from the poison helps so much. Anyone who recently did the Whole30 would have had a taste of what giving something up that’s a source of pleasure – even though its not necessarily good for you – is like. And that’s just for 30 days, not the rest of your life!

Which brings me to Shield. My idea behind Shield was that by its very nature, a CrossFit programme would help those in early recovery challenge unhealthy patterns of thinking. I really wanted a group of people to commit to the programme and get to know one another as they five weeks progressed.

Some of the people doing Shield had lots of recovery experience under their belts and my hope was they would form connections with those new to recovery and that connection would help them overcome their isolation. For those who stuck to the creed of commit, work, recover, Shield was really successful, and I know that many are still doing well. I’ll end this blog with the following words from one of those who attended.

‘When I feel like I can’t go on and then push through…, that’s how I want to be…, always pushing through.’

Words to live by I reckon!

** CCW will be looking at another Shield programme this coming spring **