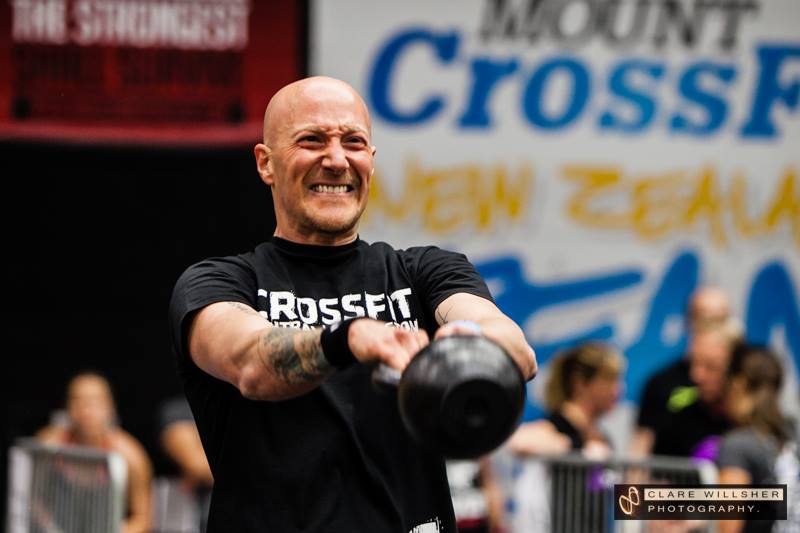 I can still remember my one-on-one fundamentals course at CCW. Every new movement seemed to require superhuman flexibility and strength that I did not possess. But although very humbling, this first exposure to CrossFit also made me feel the rush of taking on a new challenge, to start fresh and learn something new.

Starting CrossFit wasn’t exactly my choice. After a decade of ironman triathlon racing, my body called it quits. After countless hours of running and biking, millions of meters in the pool, the adaptive changes to my heart forced me to resign from the sport. I hoped for a little while to shift my ambitions to ultra-running. Overall training hours would be reduced and I hoped that this could solve the problem. But unfortunately it didn’t alleviate my symptoms. Still, it initiated a change in how I approached performance. Instead of relying on substantial nutritional supplementation I became very minimalist and regained energetic freedom through extended periods of ketosis, freedom that I used to fuel fasted 2.5 hour runs just on water. This precipitated a change in how I perceived overall human performance and put into perspective what I inflicted to my body in all the years prior, both in terms of what I put into it and what I expected out of it.

Anyway, I still entered a period of slight depression while painfully waiting for my heart to decondition and shrink to a normal size. From then on I realised that the only option for me would be engage in a physical activity that involves what is known as high intensity interval training (HIIT), as this thickens the heart instead of enlarging it. This is where CrossFit came into my life.
I knew I would have to start from scratch and that it would make me very uncomfortable. But I kept the attitude, the mental gains, and a very deep knowledge of the limits of my body. In the past I inflamed almost every tendon in my body, several times, and that’s why my first priority was to avoid any premature injury that would have me sidelined and depressive again. This is also one of the reasons I chose CCW. I trusted the vibe I got from the coaches and the approach to training.
The beginning was hard. (Well, it actually never gets easier, you just grow stronger.) My initial mobility was very restricting and gains in strength were very slow. I also struggled with the HIIT, not only physically but also mentally. Endurance athletes excel at not ‘blowing up’ and they develop a very fine sense of how long they can go at any given pace before they hit the wall. The reason is that blowing up in a long distance endurance event has very dire consequences. HIIT was a new territory for me and I had to learn to just go out hard and see what happens. But I know that I still go out conservatively, most likely because over the years I developed a taste for passing people in the last hours of a race.

My current goals are not very precise. I try to learn, evolve and get stronger in all areas. My endurance background makes me a very patient athlete. I tend to put a lot of emphasis on fundamentals and seek perfection in every movement before I start to put weight on (after all I spent 10 years perfecting 3 movement patterns). My approach is very much guided by thought leaders in general movement and gymnastics and I love that CCW is putting the emphasis on building a strong general physical preparedness through cycles of gymnastics, weight lifting and strength. To date I haven’t seen anyone at CCW bounce off their connective tissue for twenty minutes like in some other gyms.
In the past I went through all possible behaviour patterns related to physical exercise … going hard every day, going hard just for the sake of going hard, going hard because I need it, going hard because otherwise they will think that I am weak, how hard I can go defines who I am, etc … . Now for me it is more about getting strong in all the right ways for the right reasons. My experience tells me that the best way to get there is through consistency. One day at a time. That is how the biggest goals are achieved. There is no one-day effort that can trump a consistent week, month or year (especially not if you are getting injured). I plan to stick around for a long while. If I could slowly tick off those Rx-ed movements in the process, that would be the cherry on top.

Thanks to all the coaches at CCW to help me make it happen!