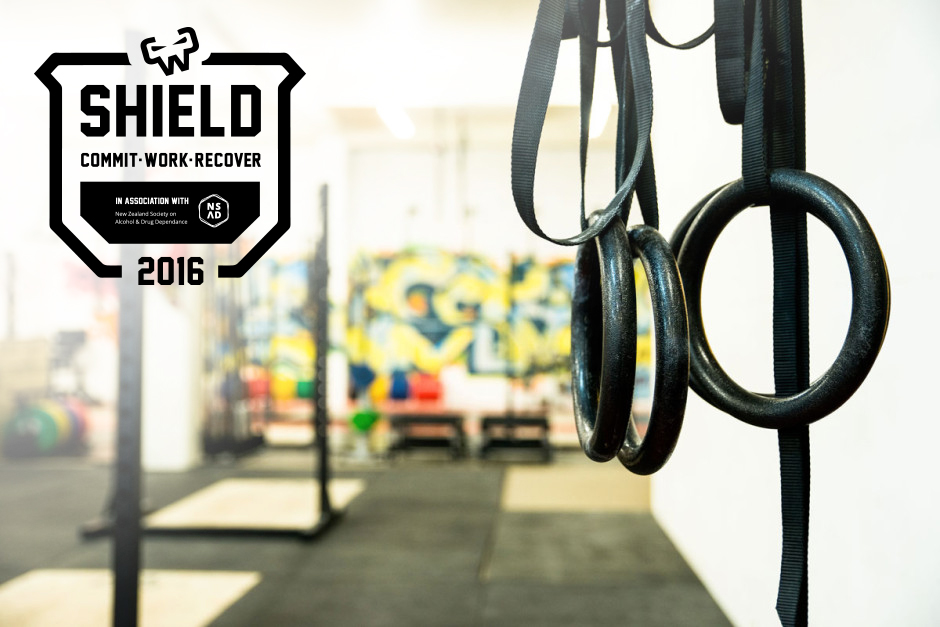 About two months ago one of CCW’s members came to me with an idea. His belief in this idea was fuelled by his own journey through life and his passion for helping others who were struggling much the same as he had. His enthusiasm was infectious and this idea quickly turned from a casual conversation into a reality.

With the help of Nathan and the New Zealand Society on Alcohol and Drug Dependence we proudly launched Shield on March the 8th. This was a free community based program for those in different stages of recovery from addiction, it was made up of 10 one-hour classes and ran for 5 weeks. In the planning behind the program we decided commitment would be the common theme running throughout, committing to each class and committing during each workout. We designed a program that would not only make the participants sweat but would also call on mental toughness to get the body to commit when the mind had given up.

Day one came along and I was struggling a bit with that lingering feeling of uncertainty having never done anything like this before. I just wanted it to work. That feeling quickly disappeared as I stood at the whiteboard just about to introduce the program. I looked around all of those participating and realised they had turned up also not knowing what to expect. Half the crew looked like they were going out for lunch on casual Friday and the rest had this confused look of someone showing up to something wondering if they were meant to be there or not. We all hastily built a bridge. We shared a joke or two like normal at the start of a class and Nathan, Freyja and myself explained to everyone what they had got themselves into. From that point on it was all fun and definitely a few games.

Throughout the length of the program I saw a definite change in those participating. At the start a few were lacking self-belief especially when confronted with something that was technically or physically challenging. Each class this belief would grow and after a few sessions those that seemed lacking most were now confident and eager. A few admitted they had never done anything like this before and didn’t know if they would or could do it, but all of them too became believers. This positive energy built momentum throughout the 5-weeks and helped create a distraction for those experiencing trouble in other aspects of life.

There were a few points throughout the course which really opened my eyes to the problems that some of the crew were going through and the havoc that addiction had and was causing in their lives. Court dates, sentencing, living on the streets, rehab, losing everything or relapsing. It’s that constant threat that these guys had hanging over them that struck me and revealed the stark reality of addiction. It was at these points throughout the course that showed me that by creating some distraction and a new focus in life for people faced with these problems made a difference. For myself this validated the program completely and destroyed any uncertainty that lingered. The program was a success. That simple idea had made a difference.

I’d like to take the chance to thank everyone that helped put Shield together, from Freyja, Eric and Hannah that helped plan and coach it to the entire Wellington CrossFit community that got behind the idea from the start. Its projects like this that make running a CrossFit Affiliate awesome, it gives our community something to be proud of and to build on in the future.

To Nathan who planted the initial seed, you are a legend my friend, your story is inspirational and the passion you show in your fight against addiction is humbling. Thank you for giving CrossFit Central Wellington the chance to do something so special.